Time of Use Rates

Time of Use Rates

What Are Time of Use (TOU), Demand Charges and Solar Fees?

Recently there has been a broader national push by utilities to move away from net metering and other benefits to the solar customer. The caution for consumers is to understand these changes and for utilities to ensure equitable and transparent rates. Too often rooftop solar customers are asked to bear the price of outdated distribution grids and a general lack of understanding of home energy and the prosumer by traditional utilities.

What does this mean for customers considering solar?
In Texas, we need to prepare for a different utility billing model. And yes, California is coming to Texas, but this is not always a negative thing. Utilities are switching solar customers to Time-of-Use (TOU) rates in an effort to recoup costs of the grid they feel solar customers are not paying. This momentum is being extended to several states such as Nevada, Louisiana, Wyoming, and Kentucky.

This trend is becoming more frequent as utilities seek to balance the effects of solar, such as excess homeowner energy production that feeds into the grid, with fees and rates for non-solar customers. While the trend is increasing in frequency, it is also controversial due to a fair amount of data showing that solar customers do not place a burden on, but rather help, the grid. NATiVE Solar’s goal is to demystify some terms and prepare consumers to ask the “right” questions as new rate plans impact rooftop solar.

Time-of-Use (TOU) Rates
Utilities pay different rates from wholesale producers depending on their customers’ instantaneous demand for energy. In times of peak energy demand, they may pay over 5X the cost of off-peak energy. In the absence of a TOU rate, they’re selling energy at a loss to their customers. A TOU rate allows the utility to more closely match their cost structure with customer billing. For those unable to change their energy use patterns throughout the day, they could see a bill increase. Conversely, for those who can change their usage habits, a decrease in energy cost is possible. Solar customers who are able to align their usage with peak energy production could also benefit from this type of structure.

Demand Charges
The fundamental job of any utility is to provide adequate electricity to its customers. The two main factors that they must forecast are energy (kwh) and power (kw). Energy is what most of us know as our electricity bill based on a month of usage. Demand charges are usually reserved for commercial consumers and are based on maximum instantaneous power demand. In some cases, the worst possible power spike can set an inordinately high demand rate for the entire year. If a commercial consumer’s peak power demand is during daytime hours, solar can help reduce these charges. In the rare instances that demand is greater during night time hours, battery storage can be applicable to offer demand savings by programming the batteries to deploy stored energy in sync with the predictable power spike.

Application Fees
Some utilities are starting to increase application fees for connecting a solar system to their grid. These fees, sometimes referred to as a “solar tax”, are justified by the utilities as a necessary cost to cover engineering studies. The purpose of these engineering studies are to review things like grid integrity with respect to additional production resources being added and how they may stress existing line and transformer infrastructure. For the large majority of rooftop solar systems, these studies are an exercise in frivolity since the solar production actually reduces grid energy traffic by taking power from the roof and delivering it directly into the building before it ever reaches the meter/grid. Only in cases where there is a very high saturation of solar deployment combined with low daytime energy consumption is there ever a concern of overloading the grid.

Reduced Net Metering Payment
Utilities in states like Kentucky, Michigan, and more have seen recent bills in state legislatures seeking to reduce compensation for excess electricity produced by the homeowner (net metering) or replace the net metering system altogether. This is a result of seeing the payments as an unfair benefit to the solar customer, despite the positive effects the electricity has for the utility and grid stability. In Texas, property owner rights are some of the strongest in the country. Rights to energy produced on one’s property should be no different. Texans should be allowed to continue producing their own electricity and only paying for what they need beyond what they decide to invest in. The argument that solar customers don’t pay their fair share is laughable given the fact that solar customers invest in their own energy, continue to pay for a meter and any remaining energy they may need (both at rates set by the utility), and provide stability to the grid in the form of load reduction.

Reasons Behind This Change 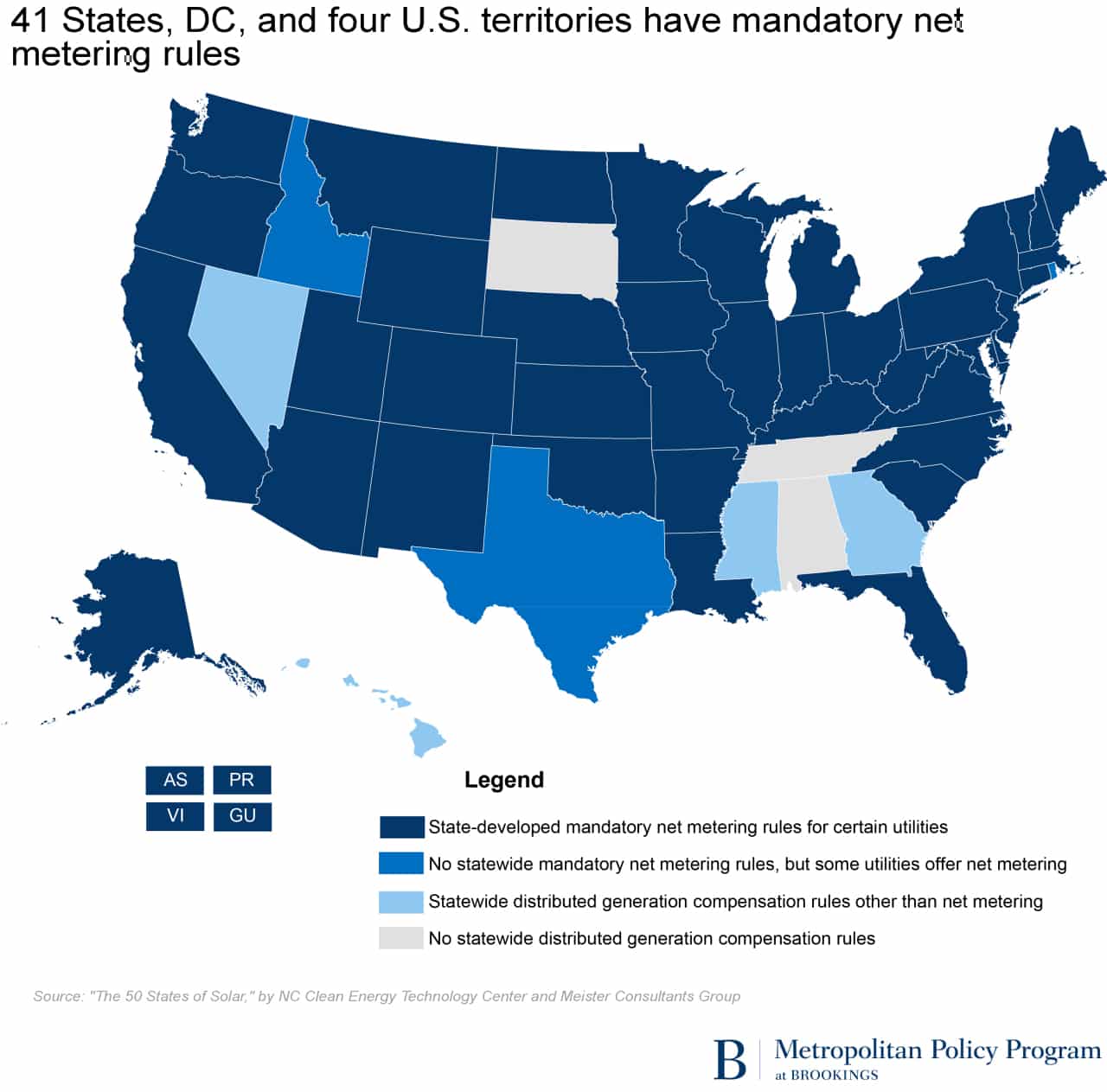 These burdens on the solar customer are driven by the thought that they do not pay a large enough share of the costs of maintaining the grid. Additionally, some believe that net metering payments for excess solar energy being produced transfers costs to utilities and non-solar customers.

However, studies done by the Public Utility Commissions (PUC) in several states note that residential solar provides little negative impact and, in fact, yields more savings to utilities and society. Maine’s PUC concluded that residential solar reduces electricity prices and costs of the electric grid. Nevada’s PUC study concluded that solar provided a $36 million dollar benefit to all electricity customers, and Vermont’s concluded that solar customers did not significantly raise costs for non-solar customers. There are several other PUCs with similar positive findings. A good rate design for each state can be complicated, but utilities need to balance recovering costs with incentives to keep solar a feasible option.

Key Takeaways
As we move from consumers to “prosumers”, homeowners, small to medium sized businesses will need to do their homework and learn to understand the one touch point we have from our electric provider; the bill. NATiVE Solar is here to help and walk through your specific considerations and weigh the benefits as we integrate renewable energy to an aging power grid.