What is a Smart Solar Power System?

What is a Smart Solar Power System?

In recent years, different technologies have accelerated at an unprecedented rate. Many of these developments are in line with sustainable energy sources, and solar remains at the forefront with developments in smart technology. In fact, the global smart solar market is projected to reach $41.56 billion by 2027, which shows a compound average growth rate of 15.8%. These enhanced versions of traditional solar energy systems help users minimize their electricity consumption with more efficient and cost-effective monitoring systems. Smart solar power systems also have other capabilities that will make them the future of renewable energy resources.

What Are Smart Solar Power Systems?
Smart solar panels are solar energy systems that use inverters and smart meters that can provide real-time data on their performance. Inverters play a crucial role in a solar power system by functioning as its “brain,” inverting the direct current (DC) output of a photovoltaic solar panel into an alternating current (AC) one used by commercial appliances. Smart meters monitor energy use from the solar power system as well as how much isn’t used.

Smart solar panels are slightly different from ordinary panels. The latter will only supply electricity when there is sunlight while smart panels can use inverters to store power in a battery. Given this, printed circuit board designs (PCB) for smart solar power systems should be as efficient as possible to keep performance running smoothly. Altium’s write-up on high-speed PCB design notes that you may need to remove unused pad shapes to improve signal quality, routing density, and copper spacing. After doing so, teardrops can then be added to the PCB to create stronger connections.

Apart from the PCB, the solar system’s junction box is especially important since it securely attaches cables needed to connect the panels. A Medium column on PV junction boxes describes how all cells sets interconnect here, so its main function is to export electric energy generated by the solar cell through the corresponding cables. 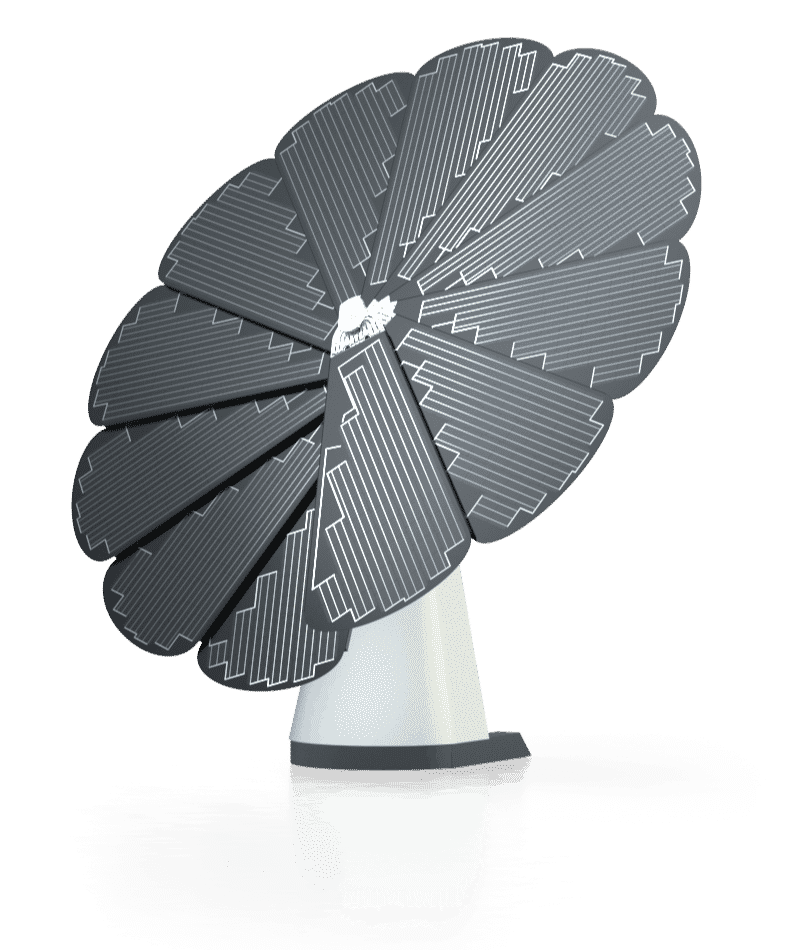 Smart Solar Models
Most solar power systems are installed on the rooftop. However, unlike traditional photovoltaic modules that all cease to work when one goes off, smart, power-optimizing technology can maximize energy production from separate modules. You can monitor and control your solar power systems using an app, and some rooftop smart solar panels will even self-monitor and send reports from each individual module.

Particular systems stand out more than others through their design. One model called the Smartflower is a sculptural solar power solution that comes with a stem base and 12 solar panel “petals.” The entire system’s size is about 200 square feet and designed to mimic a sunflower’s natural behavior — it follows the sun’s movement across the sky. Its intelligent systems allow it to maximize the panels’ exposure to sunlight, producing up to 40% more energy than stationary rooftop panel systems. The device can also shutter itself to prevent damage from dust and wind.

Smart Solar as the Solution
The advancements that come with smart solar make it much more efficient at generating and storing solar power. As we discussed in a previous NATiVE Solar blog post, solar is the way to go as the electricity grid is unreliable and can be manipulated. Solar consumers get the benefit of having fixed-rate options and even monetizing energy production.

People can use the daytime to their advantage and generate it into a valuable resource, particularly during the summer months. Not only are consumers saving money on electricity bills but they are also alleviating the demand for electricity, which is advantageous for those who are still reliant on traditional power grids. With smart solar, you know exactly how much energy you’re saving and storing, without needing a bigger company to do it for you.