Texas regulators chose not to lower the price of electricity in the days following February’s blackout. The decision has massive implications for Texas ratepayers, electric companies and power generators. So, electricity prices in Texas soared in February. This was two-fold; an unexpected storm and lack of preparedness by grid operators. Prolonged freezing temperatures along with the inability to source power from generation facilities caused millions to lose power for most of the week and sent utilities bills soaring. The rippled caused the Public Utilities Commission (PUC) to hold an emergency meeting about market prices for utilities. The PUC then directed the Electricity Reliability Council of Texas (ERCOT) to set the pricing levels to reflect demand during the storm. Typically rates are in low double digits, in cents per kilowatt-hour. However, this adjustment allowed rates to skyrocket to a capped market value of $9 dollars per kilowatt hour!

Texas is the only state in the country that operates on an independent electricity grid, and not connected to other states and nor federally managed by FERC. For those buying power at market rates felt the price hike immediately. Customers of Griddy, one of the largest wholesale providers of electricity, saw bills rise to anywhere from $5,000-17,000 for that week alone in February. Experts like Joshua Rhodes, an energy research associate at UT, predict that fixed-rate customers are not out of the clear either and may see prices go up by a few cents throughout the year as companies try to recover cost as well. 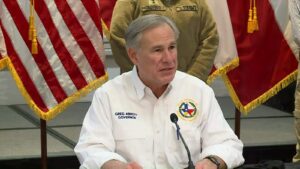 Gregg Abbot issued statements to make it clear he wants to find ways to protect Texans and reduce burdens from increased bills due to the storm. However, after his meeting with lawmakers, it was unclear how the Texas government will be responding to this crisis; much less providing a solution. So far, companies are not allowed to cut off electricity due to customers not paying for recent bills. Also, Abbot did accept the resignation of five out-of-state board members of the Electric Reliability Council of Texas (ERCOT).

The winter storm in February was an example of just how outdated and unequipped Texas’ electricity grid is for climate change. Rising populations, declining energy reserves, increasingly severe weather and natural disasters make it unlikely the grid will actually live up to the “R” in ERCOT.

Why is solar the solution? 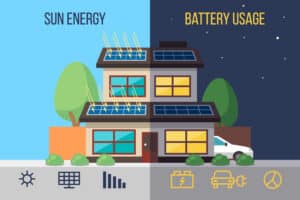 Native has over 14 years experience building zero-energy or “net-zero” homes and installing home and commercial solar systems. Native Solar can even build home microgrids to allow homeowners to generate power in “island” or “off-grid” mode when the grid shuts down. We have solutions to fit multiple needs, from a handful of carefully selected manufacturers. We have spent the time to design systems that will operate correctly, especially during a blackout.

We will be continuing to inform homeowners on how to take electricity generation and storage into their own hands with home systems at events in our local communities across Texas. Last month we presented at the Collin County’s Home and Garden show and plan to attend more shows like this, and other local events, throughout the year.

Until we see you in person…

Get Your Custom Quote For Solar + Backup Power

Get A FREE Quote For Your Home