Tell us a bit about yourself (education, hobbies, family, pets etc.)

I have a BA degree in Journalism, but my work background is very eclectic. I have traveled extensively, both in the US and abroad, once spending four months in India and Nepal. I look forward to more travel in the next few years but for now, the Texas Solar Energy Society needs my attention as we look to the future of renewable energy and a greater degree of solar adoption in this very sunny state. I live in Dripping Springs with my husband and three dogs, probably the fewest number of pets in 20 years. At last our son has moved back to Austin after admitting that Boston winters are horrendous and it’s more fun here.

How were you introduced to solar?

In 2007 I was fired from a job where I made buckets of money, but hated the work. I took many months off to take care of elderly family members who were putting on their flying shoes. When they became late, I volunteered for the Austin Cool House Tour, a collaboration of the Texas Solar Energy Society (TXSES) and Austin Energy Green Building. I had been involved earlier with Green Building as a Realtor and wanted to explore it further. In that down time in 2007, I heard Ed Mazria, who had just created Architecture 2030 and the 2030 Challenge- that all new buildings developments and major renovations shall be carbon neutral by 2030. I was hooked. I volunteered for TXSES, which became a job, which became a career.

What is your role in Texas Solar Energy Society (TXSES)?

I’ve been the Executive Director since 2012.

What do you feel is the future of solar?

The Texas Solar Energy Society concentrates on solar adoption for homes and businesses so I won’t delve into utility scale solar. In the future solar will become so accessible to homeowners and businesses that it will just be a part of the built environment. I have a joke that makes my board nervous- I want to print a bumper sticker that says, “Solar is just an appliance.” I do think the utilities are going to bite back hard at solar, but if I live long enough, I believe I will see a diminishing number of lines and poles in the landscape.

If we could each do one thing to make a change to promote solar what do you think it would be?

This is not really a change, just something to ramp up. Solar is contagious, and if you put people who have solar with people who are interested in solar, it expands the conversation and ultimately the adoption exponentially. We should all badger our representatives in Washington to continue the Federal Tax Credit for residential solar beyond 12/2016. Those representatives need to be reminded that the tax assistance to fossil fuels is ridiculously huge and so deeply imbedded in the tax code that you need a klieg light to find it.

What would you say to someone who is investigating solar?

Go to our website: http://www.txses.org/solar/ (a new website is in the works) and please take a look at your utility bill to understand how many kilowatt hours of energy you use each month.

What changes have you made in your life to live as efficiently as possible?

Back in 2007 when I started getting interested in energy efficiency, I changed out all our lightbulbs to CFLs and dropped our electric bill by 20%. I installed a metal roof last year that is raised on lath for ventilation in summer months and I just had a 17 SEER dual stage HVAC system installed. I drive a Prius and get 46 mpg.

It sometimes seems difficult to get the general populace to recognize that a 10-12 year payback (I’m talking no incentives but the FITC) is such a short period of time. Take into consideration the value of a free fuel source, a practically indestructible hardware setup with a long warranty, and the opportunity to say “no” to a future of continuing oil spills, destroyed habitat, dirty air and water shortages. The largest purchasers of residential/commercial solar are ages 45-60, perhaps because they have a more realistic understanding of time. The purchasers should really be the younger generation as they will benefit the most. Our society has created ridiculous expectations for very short term financial gains. 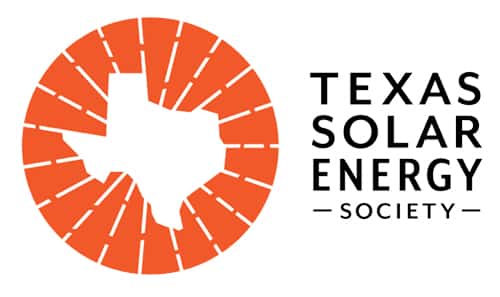