As a proud partner of Sierra Club (http://sierraclub.org/texas), the nation’s largest and most influential grassroots environmental organization, we were very excited to work with the Sierra Club Lone Star Chapter Director, Reggie James, on his solar PV system. Since he had the available land and too much shading on his roof, Reggie decided to go with a ground mount system. Along with his solar PV array, Reggie also utilized our holistic services, having us replace the aging roof on his home.

Here’s what Reggie James had to say about going solar: 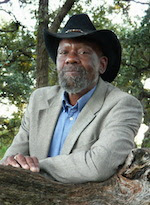 I’m going solar. Austin Energy inspected my solar install a couple days ago so I am a mere week away from having my meter installed so I can start generating electricity. I contracted with Native Solar to do a ground mount because I have space on the ground but too many large trees and consequently too much shade around the house for a decent roof mount. I did lose some bluebonnets, but I have lots and they will come back strong next year. The system is designed to deliver 11.7kW and my costs are offset by the City of Austin solar rebate to defray some of the installation costs as well as a 30% Federal tax credit. Once the system is operating, I also will receive a credit on my monthly bill for energy I produce. Texas does not mandate net metering, which would make the utility pay me for the excess energy I produce, but Austin Energy’s monthly credit (the “value of solar”) does something similar to compensate for energy a residential consumer produces. In addition to providing clean energy for my needs, Native Solar makes a donation to Sierra Club for every customer who we send to them – such a deal – “we all shine on.”