Does it Make Sense to Put Solar on My Roof?

Does it Make Sense to Put Solar on My Roof?

My Roof is Perfect. It Faces East/West.

Does it make sense to put solar on MY roof? We hear that question often as people who want to go solar. Many think that their roof may not be a good candidate due to its orientation, shape, or potential shading.

Solar energy production does change with changes in roof pitch (how steep the roof is), and azimuth (the compass direction). Most people are surprised to learn that a roof that faces east and West is often better than a South facing roof.

While it’s true that the ideal unshaded solar modules that face directly South (180˚) at a 30 ̊ pitch (in Central Texas) will produce the most amount of energy over a year, it doesn’t mean that solar can’t be installed in other than “ideal” situations. In fact, and ideal situation is one that produces the amount of energy needed at a value that you believe is a good return on your investment.

Most homes have a gabled roof, meaning a center ridge with the roof planes pitching down in opposite directions. If the ridge is oriented East to West, then one roof plane is oriented due South, and the other due North. Solar on a South roof is ideal, and solar on a North roof produces much less and is not generally advisable unless the roof pitch is very shallow. In this case, modules are only installed on the half of the roof facing South. This inherently reduces the system size by half and with that energy production is capped. 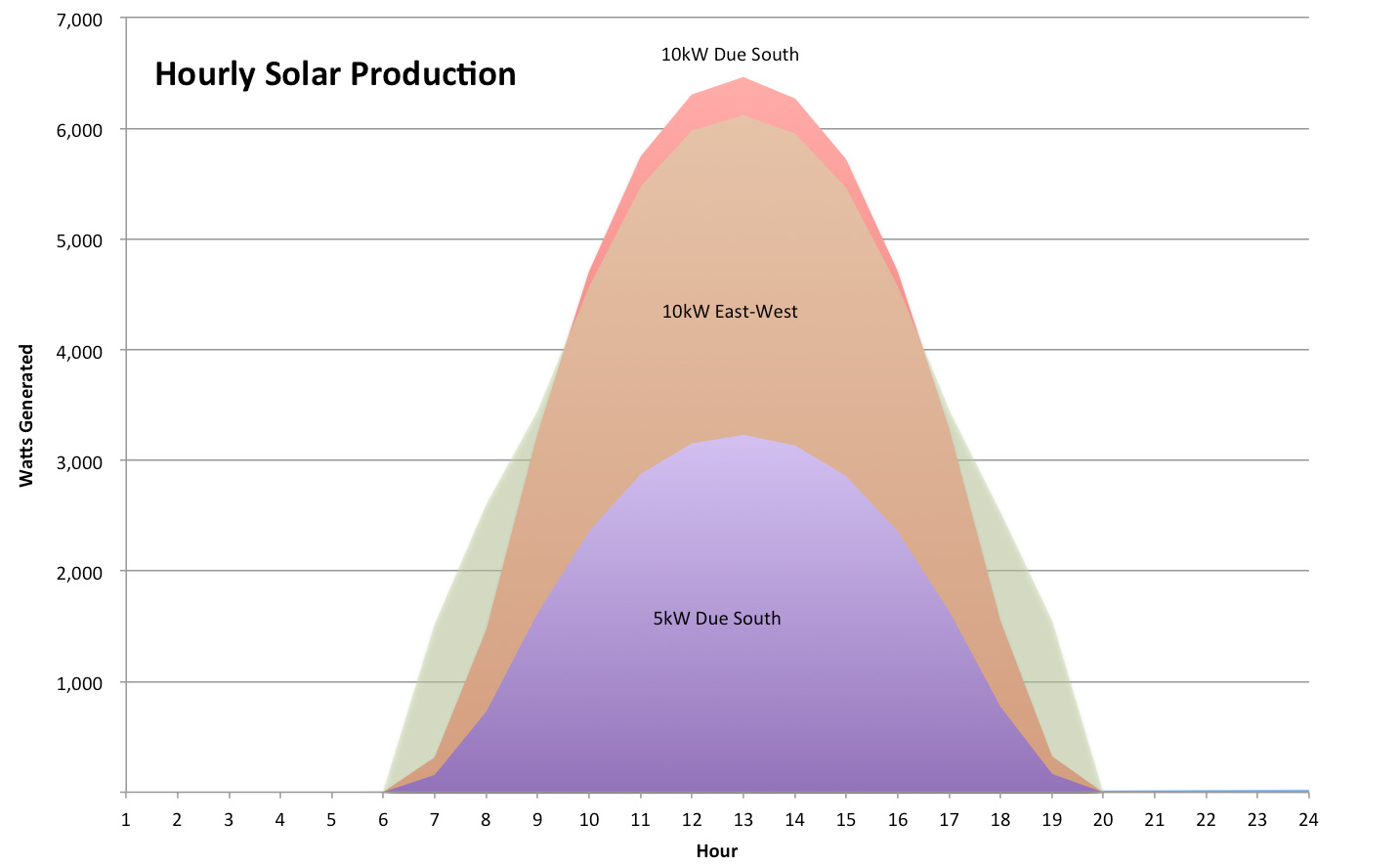 If the roof center ridge is facing North to South, then one roof is facing East and the other West. In this case, we can install solar on both halves of the roof, thus doubling the system size. As you can see in the graph, a 10kW system facing due south vs a 10kW system facing East & West produce nearly the same amount of energy. The South array will generate a higher peak power, while the East-West array will produce more in the mornings and afternoons and a little lower peak energy.

As you can see in the graph, if we are limited to a South roof only, then the system size would be ½ of the roof potential, thus producing much less energy. In this case, an East-West array produces much more energy, with little impact to overall solar production or your ultimate return on investment. 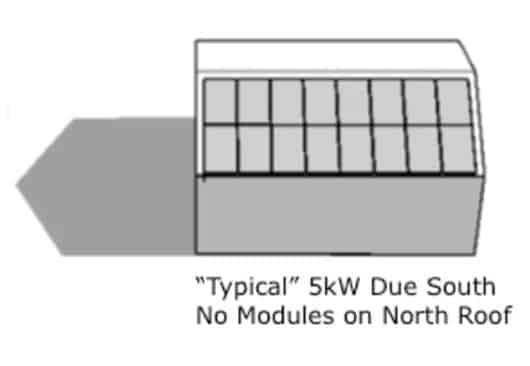 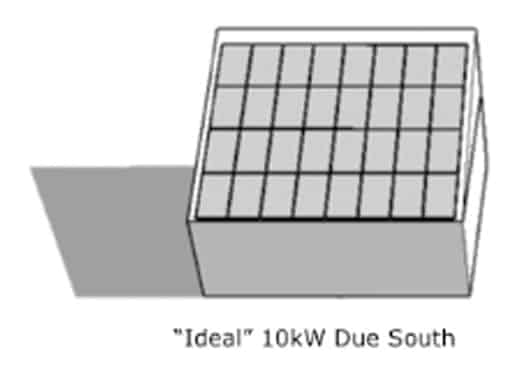 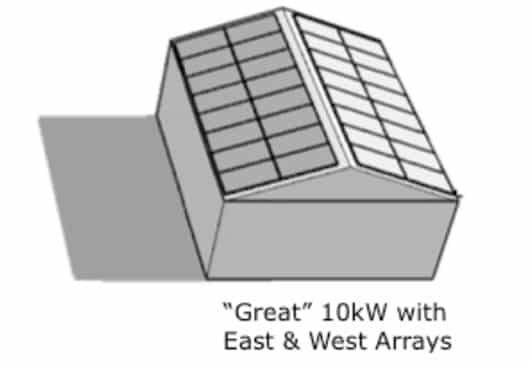 The primary take-away is that your home’s location, orientation, and roof pitch does impact your ability to generate solar energy. As with most things in life, much of it “depends” on many variables, but when it comes to your home, don’t let your home’s specifics keep you from exploring solar. NATiVE Solar consultants are trained to optimize designs and accurately model how much energy you can expect to produce. With that information, you’ll be able to determine if it makes a good investment for you.

Please submit this form a free no obligation system design and quotation, and refer your friends and family so they can go solar too!