The development of smart grids, distributed solar energy, time-of-day pricing, and functional electric vehicles offer a vision of a less centralized energy system tied to the one-fuel dictatorship of fossil fuels. One day, individual households and communities, operating their own power sources, may shape the electric grid by how they decide to consume energy. Some call this culmination of integrated technology, energy, and consumer participation The Energy Internet.

Like a well-managed investment portfolio, diversity is the key to security. America’s investment in the energy sector, which includes capital, infrastructure, and bureaucratic frameworks, has so far been geared almost entirely at the discretion of a single sector – the oil and gas industry. A seven-year study by the non-partisan research and policy organization, the Environmental Law Institute, shows that subsidies for conventional energy totalled 70.2 billion dollars while support for the renewable sector, which includes wind and solar power, amounted to less than one-sixth – 12.2 billion dollars. In fact, tax breaks alone for oil and gas amounted to more than four times the dollar amount invested in renewables. This is absolutely ridiculous considering oil companies collected record profits in 2011 while most Americans, and the Federal Government included, were scraping the bottom of the barrel for nickels and dimes.

Studies show that the average U.S. consumer only spends 6 minutes a year thinking about their energy consumption – about the time it would take to read this article. Even so, most people understand the basics of supply and demand. As fossil fuel supplies dwindle, or become much costlier to extract, fuel prices will continue to rise translating into higher prices on everything, and less discretionary money overall. As companies come to rely more and more on “unconventional” sources of fossil fuels, such as deep beneath the ocean or in shale formations, to meet growing demand, degradation of the planet will continue to accelerate. Disasters, such as the Deepwater Horizon explosion of 2011, will become more common.

Of course, it didn’t have to be this way. Dwindling supplies and high prices should have been our cue to move on to better, cleaner, alternatives like wind, solar, and hydroelectric power. But saddled with a sprawling, decrepit infrastructure geared towards fossil fuels, and an economy predicated on the availability of cheap oil, this has been an insurmountable task – at least from a top-down model.

A True “All of Us” Energy Strategy: Energy Democracy

But what we are seeing today is a grassroots move towards comprehensive energy conservation, distributed renewables, and intelligent efficiency at individual and community levels. That’s because the nature of renewable technologies, especially photovoltaics, are inherently distributed and democratic. We don’t need a government initiative to tell us that installing solar panels on the roof of our house in Texas is a good idea. Or, that if we can produce our own power, we will be more self-sufficient.

We also don’t have to wait for a 10-year government commission to greenlight installation – we can do that ourselves. That is perhaps the greatest advantage and opportunity offered by onsite renewable tech – the freedom of choice and control. Rather than meekly accepting the dictates of electrical utilities, trillion-dollar oil conglomerates, or the whims of a Middle-eastern theocracy, we can make our own power in our backyards, on our own roofs, and on our own terms. Best of all, once purchased and installed, we can all get that energy for free. 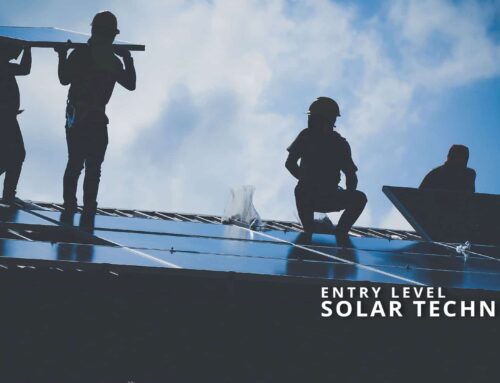